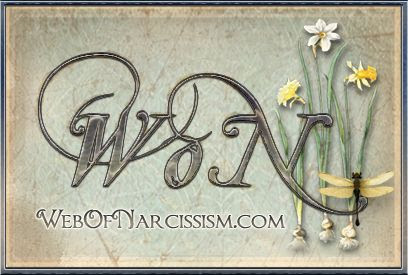 Talking about the Drama Triangle

GrowingIntoMe says, "Many women of my era (1950s) have what is considered a "Cinderella Complex" We look for the handsome prince on the white steed to gallop in and rescue us. We cling to any handsome face who proclaims, “I love you and will take care of you" meaning in some cases, “You are mine and you will obey me!" Even we professional types swoon when we think that we have found a man like this, overlay the Latino culture in my case and it is a mess. I am still looking for Zorro to save me.”
Shari says, "My x-husbaNd was most certainly my rescuer.  I had been a single mom taking care of two young boys, big house, lots of responsibility.  He loved taking care of whatever it was that he felt needed to be done.  I didn't ask.  I didn't understand that he was taking control of my life. Eight years later, under extremely stressful abusive circumstances, I left him. Even after I left, he wanted to console me.  I told him he needed to find another damsel in distress -- he operates very well under those circumstances.  He wanted to rescue me from what HE had done to me!  I told him it didn't work that way, and that I was not able to be consoled by the person who caused all of this anguish.”
“I can see my narcissistic husband viewing himself as a "rescuer."  For him rescuing someone means that person is vulnerable and as a predator, that person is ripe for control.  On top of that, the rescued person feeds him with supply as she expresses her gratitude. There is nothing better than staying strong and maintaining independence.” ~WoN member

Talia says, “Under the guise of helping me, there was a price to pay for my mother’s help: Enmeshment.  And it felt suffocating. In response to my counter-dependence, she became the persecutor. In turn, I became hers, hurting her by pushing her away. Then she was the victim. I regret that I was ignorant about the dynamics. I was immature. Had I known then what I know now, both of us could have been spared a lot of pain.” Shifting Roles in Abusive Relationships
“So what hope is there? Do the "roles" always take over? Is there any way out of this psychological trap? The first basis for hope and for effective action is to be aware of this dance, to become more and more expert in detecting its various manifestations in others and within yourself. Develop "triple vision," the ability to see all three roles.  Secondly, it may help to try out the paradoxical idea that each of these three roles has a deeper truth and usefulness that needs to be embraced to put an end to the abuse. Sometimes we need to be "abusive" to forcefully intervene. Sometimes, we need to appreciate the "victim’s" wisdom of patiently tolerating suffering. Sometimes, we need to "rescue" or be "rescued," even if it gets complicated or is unappreciated. We can also explore whether the "deeper truths" of these three roles somehow foster a judgment about suffering that can inform and support a renewed willingness to take action. Thirdly, we can develop a sympathetic regard for those persons involved, no matter what roles they play. This does not mean justifying their role-governed actions. People should be held morally and legally accountable for the damage they do. However, sympathetic regard for the suffering that is at the core of this dance may be a way of liberating others and ourselves from a psychological trap to which we are all vulnerable.”


The Three Faces of Victim
by Lynne Forrest
"Whether we know it, or not, most of us react to life as victims. Whenever we refuse to take responsibility for ourselves, we are unconsciously choosing to react as victim. This inevitably creates feelings of anger, fear, guilt or inadequacy and leaves us feeling betrayed, or taken advantage of by others. Victim-hood can be defined by the three positions beautifully outlined in a diagram developed by a well respected psychiatrist, and teacher of Transactional Analysis, named Stephen Karpman. He calls it the “drama triangle”, I will refer to it as the victim triangle. Having discovered this resource some thirty years ago, it has become one of the more important tools in my personal and professional life. The more I teach and apply the victim triangle to relationship the deeper my appreciation grows for this simple, powerfully accurate instrument. I’ve sometimes referred to the victim triangle as a "shame generator" because through it we unconsciously re-enact painful life themes that create shame. This has the effect of reinforcing old, painful beliefs that keep us stuck in a limited version of reality..."

The Three Rules of Chaos
“There are three over-arching rules for creating a chaotic, unpredictable family environment: Make a game of everything; Deny everything; Immediately put others on the defensive. Another common rule in a dysfunctional family is "talk fast, don't listen". For example: a rage-a-holic father may show signs that he's sorry for his latest tirade as a remorseful victim, then suddenly switch to a threatening, angry, blaming persecutor, then slip quickly into the role of rescuer by acting "too good to be true" and promising everything is going to be different this time -- just before becoming the unappreciated victim again and starting the whole over. This particular family dance is called the Cycle of Violence.”
Get Your Angries Out
by Lynne Namka
"Really get it that playing out the familiar roles of Perpetrator, Rescuer and Victim does not serve you. It does not serve others. It is just something you have learned because it was modeled for you. So you need not have guilt or feel ashamed for what you have learned living in your family. As learned patterns of habit, the attitudes and behaviors that make up all the roles of the Drama Triangle can be unlearned. To do nothing to change the roles guarantees that thing will remain the same..."


*     *     *
"If these patterns are familiar to you then the only way to learn how to resolve conflicts in your intimate relationships is learn the dance of Intimacy... For that you must heal from your past and find your True Self.  True intimacy is having the ability to share your True Self with another person who can also share who they really are with you. Conflicts almost resolve themselves if you can do that." (Quote link)
*     *     *


Survival Skills & The Drama Triangle
"The Drama Triangle requires two to three players - a victim... a persecutor... and a rescuer. As we explore this dynamic of the dysfunctional family, it's important to keep in mind that there are such things as genuine victims, genuine persecutors, and genuine rescuers. A genuine victim might be someone involved in a motor vehicle accident, the genuine rescuer would be the EMT on the scene to treat the victim, and a genuine persecutor would be the lawyer in charge of prosecuting the case of the drunk driver who caused the accident.
Children who were abused or neglected are also true victims... people who come to the aid of such children are true rescuers... and members of the legal system are true persecutors. When children grow up in a dysfunctional family, they initially are genuine victims... However, they develop pseudo-victim behaviors via neural networks as a result of being exposed to those dynamics.  Hero children in such families often times develop rescuing behaviors/networks... Rebel children sometimes develop persecuting behaviors/networks...Lost children may become victims in an abusive or oppressive relationship. These patterns of behaviors are modeled, encouraged, and/or reinforced by other members of the family. They are also behaviors that are handed down from one generation to the next. New networks have to be established and reinforced over a period of time in order to take hold. The alternative to the Drama Triangle is true intimacy which requires self-awareness and the ability focus inward."
Karpman Drama Triangle Summary
by Rodger Garret
"The "pathological" and "functional" versions of the KDT [Karpman Drama Triangle] describe ends of a spectrum of possibilities rather than "either/or" absolutes. That said, the cultural norm in our society is decidedly towards the pathological end of that spectrum under most circumstances, and moves closer to the pathological end under increasing environmental stress..."